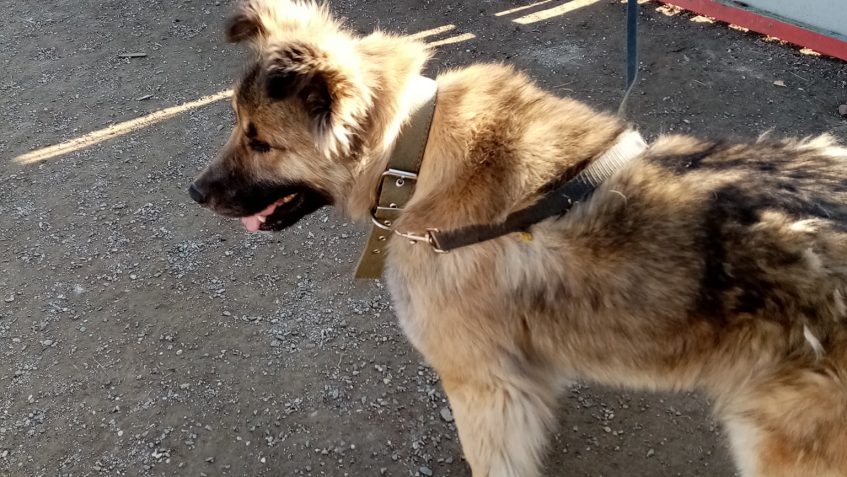 Since she was only few months old and up until being rescued Lucia didn’t see one bright day. Lucia was a silent victim of abuse. Instead of having a happy puppyhood her every day was filled with pain and suffering.  She was constantly beaten, often on a head. She cried in pain and for that she was beaten again and again. By 6 months of age Lucia sustained severe head trauma and lost her vision. Finally one day they decided to end her misery and tried drowning her lifeless body in a pond.

Some kind people saw it, fought her off and gave her a shelter.

Sadly, these people were unable to attend to her injuries and a lot of precious time was wasted when it was possible to improve her condition. To add an insult to injury people decided to surrender Lucia to an animal holding and her horrors resumed. She ended up at a concentration camp for dog were more than 450 dogs were kept half-starved so they would gnawed each other to death to get to the scraps first. To save on vet care a holding director sterilized the animals herself, without a veterinary degree, often drunk.

Lucia lived there for more than a year until around New Year, people started finding dead dogs along the roads and seeing huge flocks of hungry and emaciated dogs roaming around. That is how the keepers of the holding was getting rid of the dogs – every night they’d scatter them along highways dooming them to die of hunger and under the wheels of the trucks.

When people realized where the dogs were coming from they called the News and many volunteers united to safe the animals who survived. When the news were shown on TV, the owner stopped discarding the animals and simply abandoned 24 remaining dogs locked up in cages without food or water. Lucia was one of them. She was about 2 years old then.

When Luci and 4 other pups arrived to our shelter, she was taken for an MRI. The scan showed 3 cysts in the cerebellum. An attending physician said causes are unknown and there is no cure for this. Dogs can live with it if only cists will not increase in size. The only thing Lucia needs is a calm life without stress. Due to her trauma she walks in circles and she does not see. Yet she copes with it perfectly, replacing sight with scent and hearing senses.

Luci is very positive, communicates well with other animals

and despite the fact that she has suffered so much from people, she is drawn to them.

Luci is now 3 years old and she will remain a resident of our sanctuary for the rest of her life. 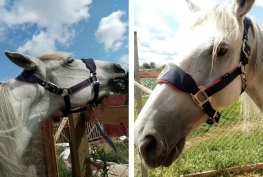 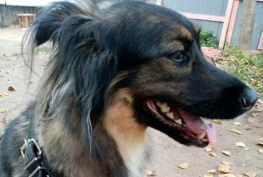 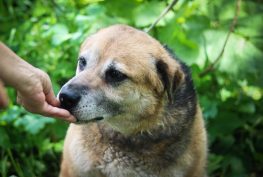