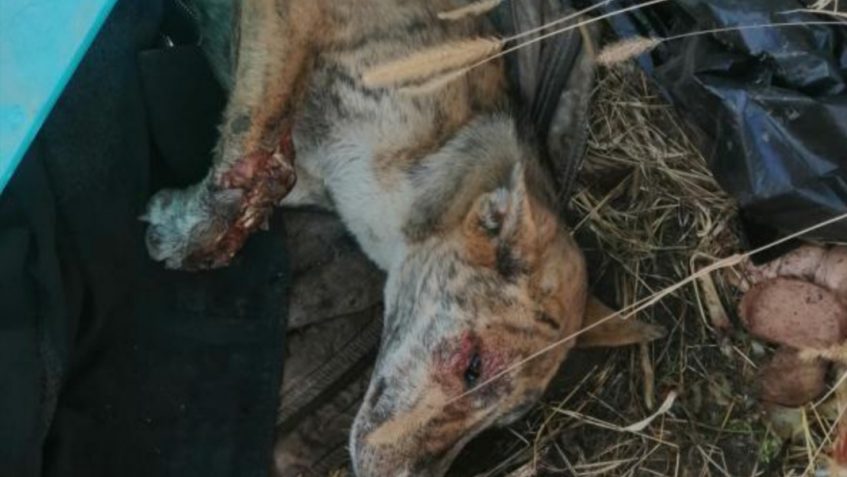 Tiger came back from the dead and is longing for love and attention he never had.Still at the clinic recovering from multiple surgeries. Bones in front paw were crushed badly and healing very slow but he is starting to use the paw.He will need a wheelchair and lots of help.

Sweet Tiger says hi! This is his third surgery and doctors are trying to save his front paw. The wound is healing but the wrist bones not so much yet and the ligaments are torn. Doctor removed non-viable tissue and fixated everything with a plate.

Right now he is only able to lay down.  With so many fixed fractures, Tiger has a long journey to recovery. We hope he can regain mobility! It is unclear when he can be safely discharged from the clinic but he is safe and has round the clock care.

Unfortunately, the bills keep growing and we still have more than half of the vet bills to fundraise for but we are very greatful to evryone who did not pass by and stopped to donate to support Tiger. Without your kindness we’d be absolutely helpless.

If possible, please continue helping Tiger through these difficult times!

Tiger had his second surgery (leg reconsruction) and remains hospitalized. The next step is to try and save his front paw. If you remember, he was found four weeks ago on a side of the road where he laid for 5 days without any help and his paw began to rot. We rushed him to the hospital and commited to saving his life. Doctors are trying to do everything they can for Tiger but we do need your help to cover his surgeries.

We ask you to continue to support Tiger’s care by donating. We cant do this without you!

Tiger’s post surgery labs showed that he has low count of Hemoglobin. Due to this his second surgery was postmoned and he received a blood tansfusion.

Tiger after the surgery

The surgery was done today. Tiger remains at the clinic under the doctr’s supervision. A surgery on the leg is sceduled in a few days.

He was seen walking lonely and alone along the road with his head down. He was returning home after being dumped in the woods betrayed more than once as we later learned from the neighbors. Even though the home was far from being a haven it was the only place he knew. He grew up there on a chain but it was even scarier outside, so he was coming back to a home where he was never given attention, love, compassion, food, or the safety of shelter.

His name is Tiger.

He didn’t see the car speeding in his direction. He felt an impact that sent him flying to the air. Agonized pain rushed through his body and he was thrown in the middle of the road. An eyewitness took him to the side of the road, where he, overcoming wild pain, was laying for several days.

When our volunteer found him he was covered in bugs and the wounds began to rot. Frozen, worn out by pain, he just wanted to die. Our volunteer rushed him to the hospital and in less than half an hour he opened his eyes to be blinded by bright lights of a clinic.. Imaging showed the fracture of the spine, two legs, and a head injury. Perhaps he will remain disabled, but we must give him a chance. His life matters and we know you think that too!

Tiger is in the clinic now. Two surgeries and a long rehabilitation is in front of him. But we will fight for his precious life and we hope you can help us do just that.

Please donate towards his care today! 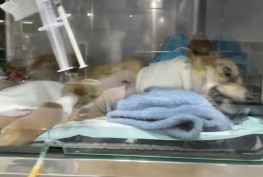 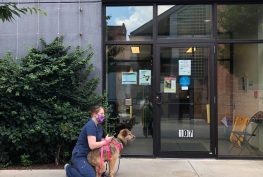